Industrial Contracting Services Ltd were contacted by the client in North Nottinghamshire to discuss Brick Slip Cladding and Through Colour Rendering as a means to renovate the façade of an old farm house building that had recently had its old and patchy pebble dash render removed.

On visiting the property it was clear that the old render had been covering a multitude of old cosmetic issues but the structure of the masonry was basically sound. Please see the 2 before pictures.

The client wanted to restore a uniform look to the façade and improve the insulation. The client was also going to remove an old conservatory and install new double glazed windows to the property.

Industrial Contracting Services submitted our price and we were successful and engaged by the client to install Eurobricks P Clad Brick Slip system to 3 elevations and install, an additional high performance insulating board behind the brick slip system as well as carrying out through colour render to the South facing gable wall but still reform the original mid band brick detail in the same brick slip cladding as the other elevations.

The client chose the Pastorale brick slip and light grey mortar and render colour to retain a rustic look to the building in keeping with its age and original appearance.
Care was taken to extend the tile window cill details, the window head details and the mid band as well as extending the down pipes from the wall, cladding over the porch wing walls and the buttress column on the west elevation.

The work too longer than originally anticipated due to a need to take time with some of the fiddly details to ensure the finished work was up to a high standard.

As you can see when you compare the finished pictures to the pictures taken of the same elevations before the work was done the new Brick Slip and Render finishes have dramatically improved the appearance of the building.

We are pleased to say that the client is delighted with the end result and was happy for us to include it in our project write ups on our website. 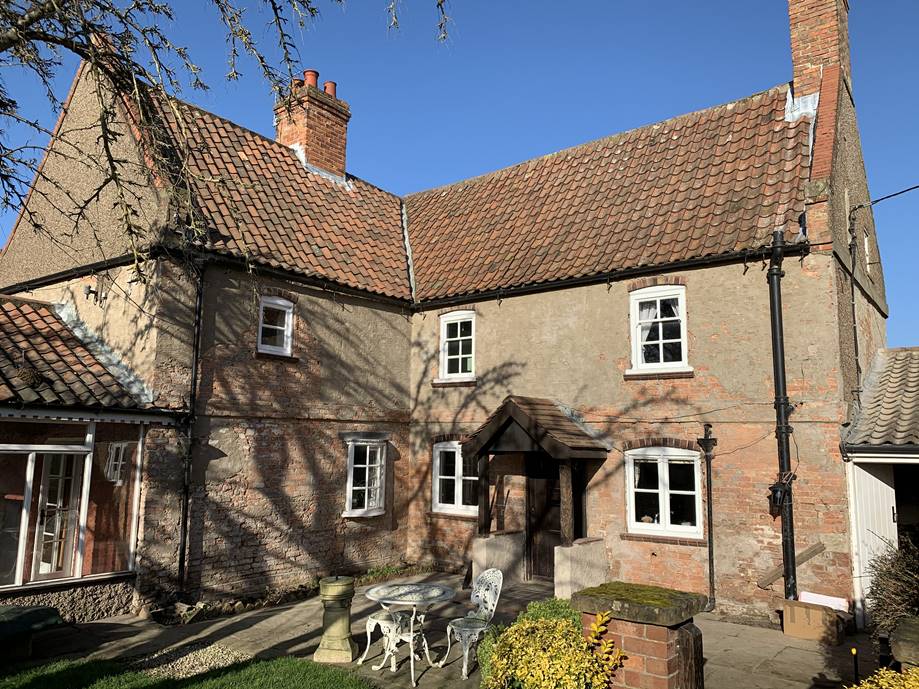 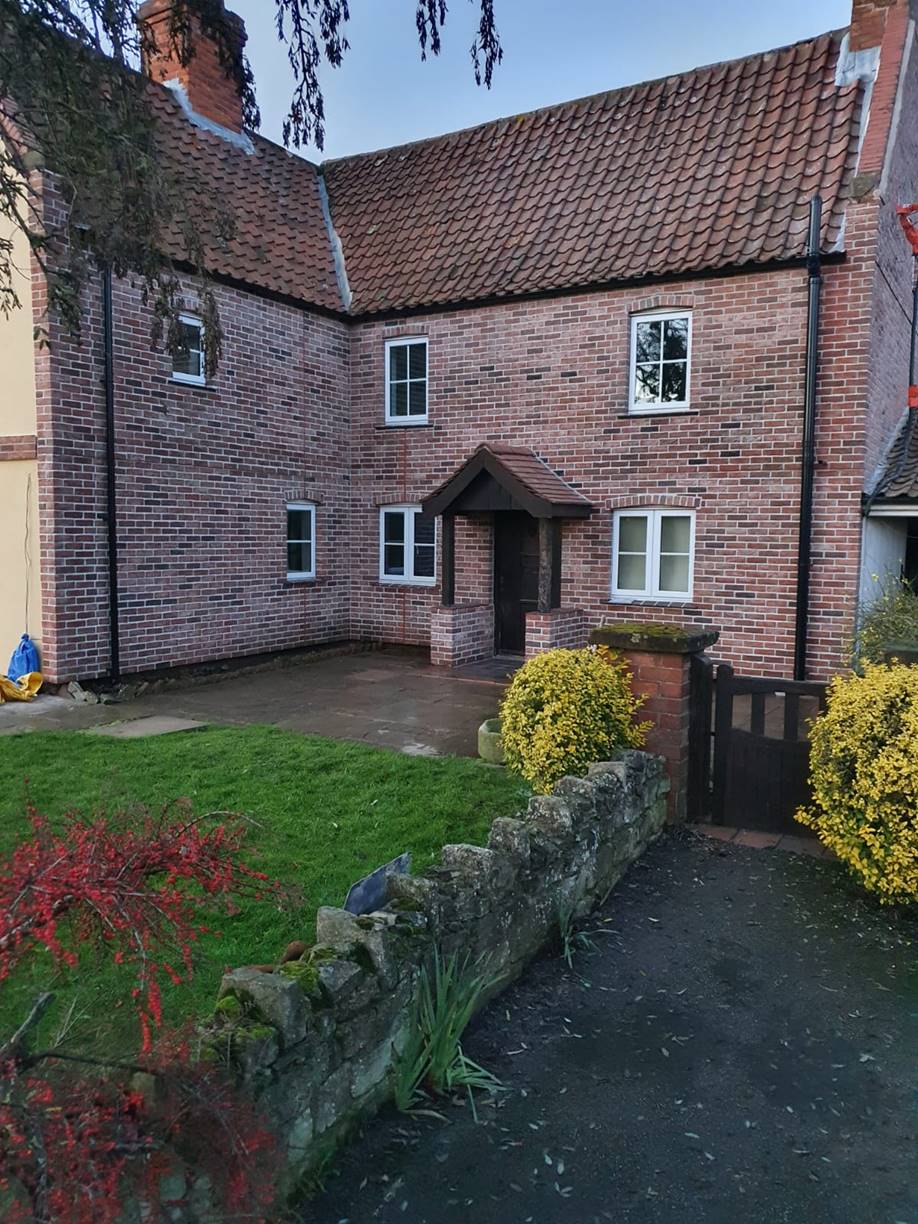 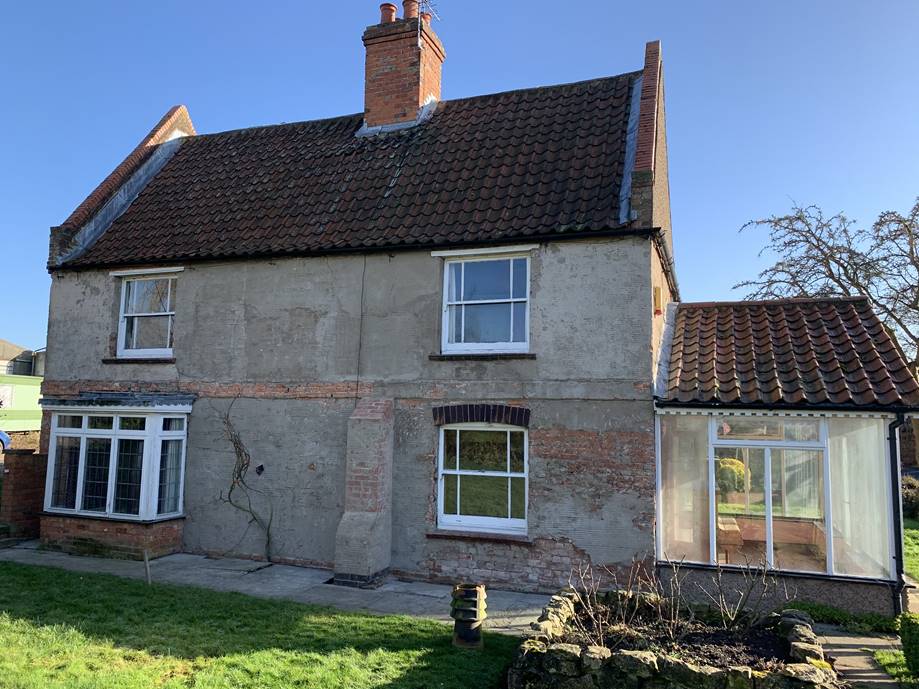 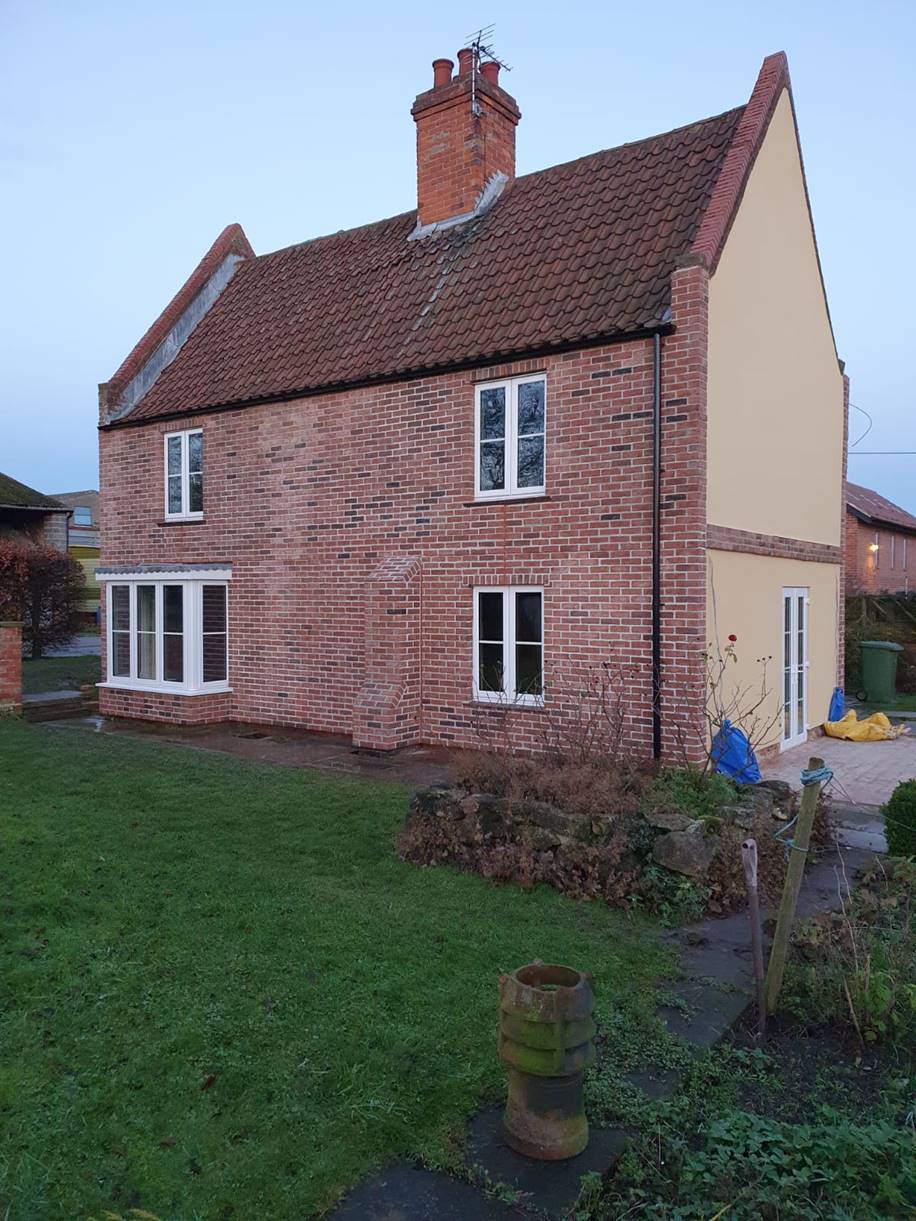 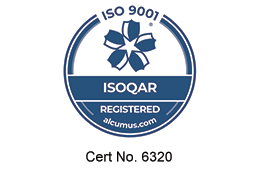