Industrial Contracting Services Ltd were awarded the contract to design and construct a retaining wall structure following a collapse of a banking and old masonry wall at a steel stockholding company in the West Midlands.

We worked closely with a structural engineering practice who designed a concrete retain ing structure which could be mass poured in sections which were tied together with reinforcing.

The project was temporarily halted during the first COVID-19 Lockdown but following the guidelines issued by the Government we were able to return and complete the project just 2 weeks later than the original programme date for its completion.

The project involved excavation and preparation to the deep footings for the concrete piers. Installation of an off set concrete beam in the ground in front of the piers to use as a fixing point for the framework bracing that were to hold the formwork in place. We then installed a formwork system and reinforcing to form the concrete piers and the concrete for the relevant piers was pumped into place with high frequency vibrating equipment used as the concrete was being poured to ensure the required structural strength.

The piers were formed in sequence as per the structural plan and the form work was struch, moved and re built for the next set of piers as each set cured. Once the piers and concrete wall were constructed the whole structure was faced with a facing brick wall tied into the concrete structure. This facing brick wall was topped with concrete copings and the top of the concrete behind the facing bricks was topped off with decorative pea gravel and a palisade fence was installed between the 2 properties. 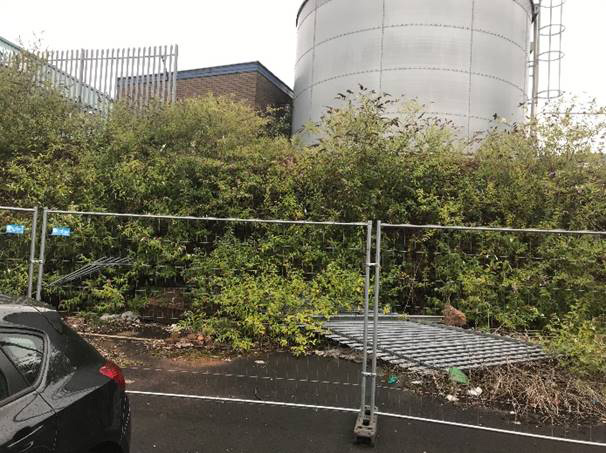 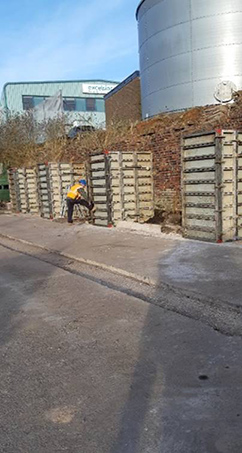